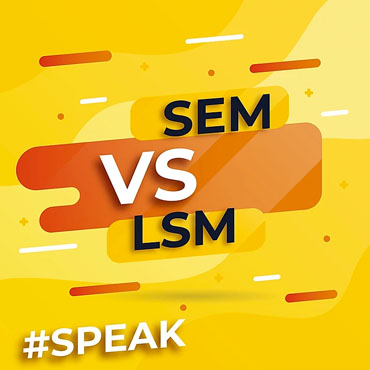 by michelle.brown@sainsbury.co.zaPosted on March 16, 2020April 20, 2020
Posted in Expert Insights

If you’ve tried to market or sell anything in South Africa, you’ll be familiar with the LSM scale. It’s a way of measuring people’s relative wealth and is frequently used to divide people into target audiences for marketing campaigns.

For example, you might be targeting LSM7 – 10s with a new premium freshly squeezed fruit juice, or LSM4 – 6s with a new variety of fruit squash. You may even know which LSM category you’re in yourself.

Did You Know That… There’s a better way?

A more recently developed means of assessing people’s wealth or ability to spend is known as the SEM, or Socio-Economic Measure, and it takes quite a different approach. That “S” is the clue – the SEM scale focuses much more on how people live, rather than on what they have.
SEM is a more effective tool?

Just like LSM, SEM divides households into categories from 1 – 10, with 10 being the highest. However, it’s only based on 14 variables – half as many as LSM – which means that it’s easier to calculate. It focuses on household structure and community infrastructure and is generally reckoned to be a more accurate reflection of people’s quality of life. Just four of the SEM variables relate to ownership of assets, including washing machines and dishwashers. The remaining ten give a much more revealing portrait of the way that South Africans live today and what interests them: post office nearby, police station nearby, built-in kitchen sink, home security service, motor car, floor material, water source, type of toilet, roof material and number of sleeping rooms.

SEM has many advantages?

By focusing on social structures and interests than owned assets, SEM can give you much more insightful data. LSM’s emphasis on appliances overlooks key marketing criteria such as aspirations: a household that was categorised as LSM6 might not have a dishwasher, but their interests could easily include health and fitness and being active on social media.

These are behaviours traditionally regarded as being linked to LSM8 or 9. People who are aspirational are more likely to spend on new and innovative goods and services. That makes them a much more appealing audience than might be expected from their LSM score alone.

The characteristics of each end of the SEM scale?

The higher up the SEM scale a household is, the more likely its adult members are to be working and to have completed tertiary education. The household is most likely to be in a metropolitan area in Gauteng, with English or Afrikaans being the first language. These factors could also be interpreted as meaning that they’re more likely to be aspirational and early adopters of new products.

There are lots of issues with LSM?

South Africa is a very unequal society: we have a small number of very wealthy people, a very large number of poorer people, and not many in the middle. LSM cannot accurately reflect the structure of our society. The LSM scale places disproportionate emphasis on what people own – especially in terms of appliances. Are you comfortable being defined by whether you own a microwave, or a dishwasher? Does that sum up who you are? Or how about whether you live in a city or not?
LSM often gets it wrong?

Most importantly, it’s not a good measure of people’s disposable income. Imagine a widow trying to get by on a pension – she has lots of household appliances, but very little income to spend. Or the trendy young couple working in advertising who regard microwaves and cars as being harmful for the planet but get takeout from Uber Eats five nights a week. Who is in the higher LSM band? Who should you be targeting?

Targeting is all about knowing your audience?

By using new measures like SEM, Sainsbury Design can help you understand who you want to market to – and how to reach them with messages that will resonate with them. Talk to us today to learn more.

There are no comments 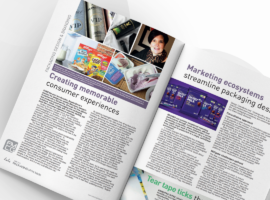 Posted in Expert Insights
by michelle.brown@sainsbury.co.zaPosted on July 8, 2020

Angela Driver, MD and owner of Sainsbury Design (pictured above) believes great design can be… 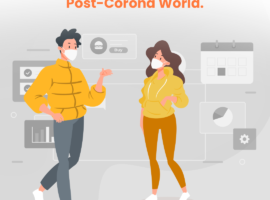 Posted in Expert Insights
by michelle.brown@sainsbury.co.zaPosted on May 4, 2020May 4, 2020